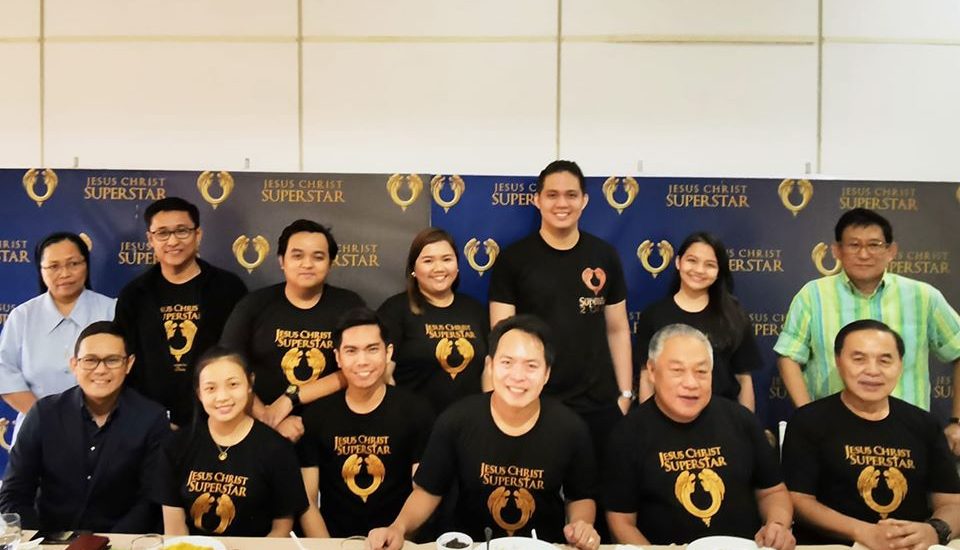 CIC-Cebu carries the mantle as the producer of Broadway Musicale on this part of the Philippines, with its plays in the 1970s and the 1980s.

For its 140th anniversary, Colegio de la Inmaculada Concepcion brought back on stage the “Jesus Christ Superstar” in December 2019 directed by Mr. Benji Diola, a multi-awarded stage director in Guam, and also CIC’s director in many of its plays in the 1980s.

Due to popular demand, the major production, “Jesus Christ Superstar,” is going to be restaged in March 2020 – the most fitting way to celebrate, to revitalize, and to strengthen the evangelizing mission, and bring the “Reason for being” closer to the hearts of the young and the general public all in the backdrop of the Lenten season. The play is also in joyful anticipation of the 500 years of Christianity in the Philippines.

The Andre Lloyd Webber and Tim Rice musical phenomenon, “Jesus Christ Superstar,” which was first shown in CIC in 1971, turns 50 in the same year that CIC-Cebu turns 140. It won the 2017 Laurence Olivier Award for Best Musical Revival.

WHY RESTAGING THE “JESUS CHRIST SUPERSTAR”

Aside from celebrating the three milestones: the 140th anniversary of CIC-Cebu; the 50th anniversary of Jesus Christ Superstar; and the 500th anniversary of Christianity in the Philippines, the play also aims to contribute to societal awareness and cast the relevance of the Gospels using the stage as the medium; sustain the projects of apostolate of CIC-Cebu, especially the continuing education of the student-clientele of CIC’s Community Outreach Program; enhance the potentials and strengthen the camaraderie among the members of the CIC family, including parents and alumni; and engage the Cebu City community in the promotion and appreciation of the arts, with CIC humbly contributing its part in the exposure of the students to music, dance and theater.

A global phenomenon that has wowed audiences for almost 50 years, “Jesus Christ Superstar” is a timeless work set against the backdrop of an extraordinary and universally-known series of events. It is roughly based on the Gospels of the New Testament which recounts the story of Jesus in the final days before His crucifixion. 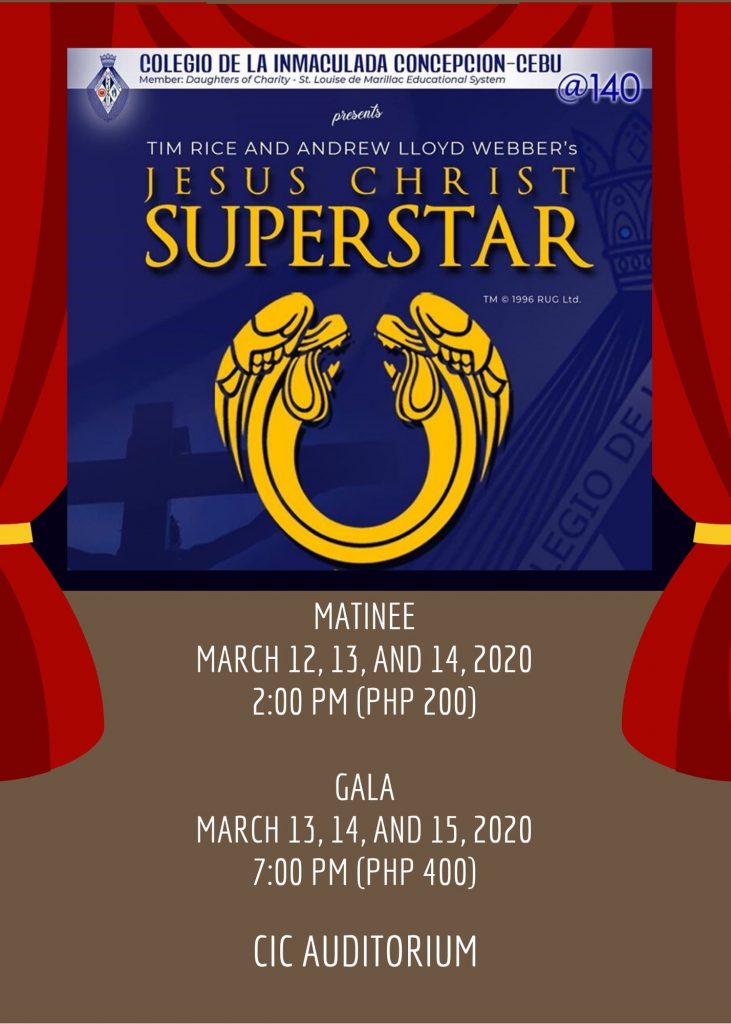